Holiday thanks for who and what we have by way of a British hooligan of a Santa Claus impersonator mugging. Should be no surprise it's delivered by the crazy kooks Kinks frequently giving props to the nostalgia tunnel that is the photograph.

Nevermind Santa and his toys, the "jigsaw or Monopoly money." The message remains the same:

But Santa, if you got one, Ray will take a machine gun to scare the kids down the street.

This is the acoustic cousin of the more bombastic version from the Useless Trinkets rarities album. The addition of sleigh bells and yuletide choir elevate this holiday tune from the original's reassurance that yes, Mr. E, you'll be doing just fine. With the Christmas consumerism overload of advertisements and backed-up shopping mall on-ramps, couldn't we all use the same reminder? 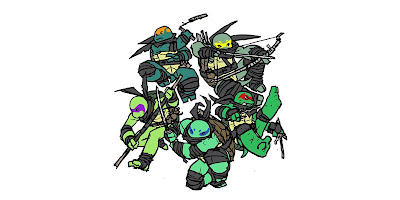 Joe Keatinge recently made a few revelations regarding Glory, his revamp of the dubious 90's Rob Liefeld not-quite-Wonder Woman knock-off. Among them was a price hike due to meager sales (shame on all of you) and an impending end to his and Ross Campbell's creative run. While I would generally welcome some wiggle room for my comics budget I would just as soon sacrifice a number of major label titles for Glory.

Although not the breakout hit Prophet became Glory sets the standard for a comic book reboot. With the inclusion of an almost all-female supporting cast to the bold reinvention of Glory herself, the title shows what a strong force women can be in modern comics. I'd declare it the definitive modern Wonder Woman if her own reboot wasn't so damned good itself. But as they say, all good things must come to an end. Keatinge seems to be juggling offers by the Big Two as well as his own surprise success, Hell Yeah [Image], but illustrator Ross Campbell hasn't strayed far from publishing his own web comics, nor does he intend to.

Like the rest of the industry Campbell has gotten cozy with nineties nostalgia, announcing a return to his TMNT work...but it's not what you might think. Last June the artist posted the above sketch via Tumblr with the following statement:

"[T]his is the first sketch for a TMNT fan-comic i’m cooking up called Secrets of the Ooze, which is a retelling of the second Turtles movie (a.k.a. the one with Vanilla Ice XD) with my own spin on the story and characters."

Having spent much of my elementary days sketching Ninja Turtles all over my composition books and later making fan-fic designs of my own, I'm a sucker for these redesigns. I haven't seen Campbell's TMNT: Micro-Series Leonardo work but his style is a perfect match; all round features, cartoonishly exaggerated calves and Sam Keith feet. Among the changes included is a fifth turtle, a female named Artemisia, DayGlo markings in place of bandanas, and hand-made junk heap weaponry.

As for when we can anticipate SOTO, Campbell states, "[I]’m hoping next year, [I]’m hoping [I] can squeeze a page a week into my schedule and run it as weekly webcomic." Make sure to follow his website and Tumblr for more news and artwork including a lineup of SOTO's villains.
Posted by Unknown at 1:42:00 AM 7 comments:

With my admittedly harsh comments yesterday regarding the recent output of the comic industry's Big Two publishers I should probably clarify exactly what it is I am reading. You might be surprised to find my LCBS pull list is nearly half what I so offhandedly referred to as New 52 fluff. While my opinion of DC's continuity relaunch is mixed at best, its probably left to a blog post all its own. Suffice it to say, there are some great comics to be found among the editorial muck.

On the flip-side, I have exactly two Marvel titles reserved in paper copy. This can fluctuate from week-to-week depending on rotating creative teams and might change entirely with the coming Marvel New 22NOW! relaunch starting this October. Secret Avengers, Uncanny X-Men, and Wolverine & the X-Men were solid reads until they took on the role of token summer event tie-ins, the latter looking to be the first AVX victim to be released from the asylum with this week's issue. *psst* Chris Bachalo's back on art; can't miss it.

My love of Rob Liefeld's relaunched and completely re-purposed Prophet and Glory kill me a little inside with each recurring issue. Brandon Graham (King City, Multiple Warheads) and crew have taken the former comic atrocity and re-imagined it into a Heavy Metal romp—an intergalactic barbaric adventure through the artistic lens of three of the industry's best. It could only be topped by Brian K. Vaughn's (Y: the Last Man, Ex Machina) adult Star Wars space saga Saga, which is ironic given its childhood inspiration and children's book illustrated narrative style. 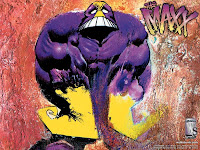 Having been raised on pioneer indie publishers Image Comics and Dark Horse, Sam Keith's psychological head-fuck the Maxx and Mike Mignola's brimstone bruiser Hellboy were my two watershed influences. It only makes sense I would seek out similarly unique and non-editorially shackled books. Luckily Image has become an increasingly popular presence in the industry—arguably on the back of the Walking Dead's success—and has been pumping out creator owneds and this December sees the return of Mignola on story and art with Hellboy In Hell. All I asked was a jumping on point on one or two indie titles and I've been given a cornucopia.

Today being New Comic Day, as Big Bang Theory has attempted to catch-phrase into popularity, I should probably list today's purchases and downloads. Reviews/comments/vague oversight to come, possibly maybe. Check it:

Tomorrow, some music news: the passing of an indie label great, and an update on colossus fave Black Moth Super Rainbow. Lates.
Posted by Unknown at 11:02:00 PM 5 comments: 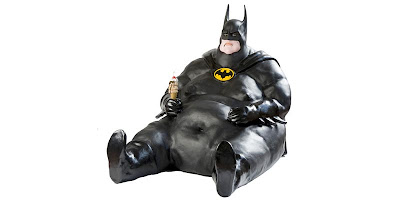 I started reading "Eating the Dinosaur" by Chuck Klosterman during a power outage this past weekend. It opens with a series of discussions between Klosterman and various (and varying types of) journalists regarding the art and craft of the interview. In one such discussion, British author Chris Heath states the following:

I'm not sure that we aren't seeing the emergence of a society in which almost everyone who isn't famous considers themselves cruelly and unfairly unheard. As though being famous, and the subject of wide attention, is considered to be a fulfilled human being's natural state—and so, as a corollary, the cruelly unheard millions are perpetually primed and fired up to answer any and all questions in order to redress this awful imbalance.

Klosterman deduces that very statement explains the "rise of New Media." Do I believe that I inherently desire to be some entitled, perpetually drunk heiress? No. Do I believe that the internet has opened up an expansive playground in which I, as a unique individual, feel I must be heard?

As such, this is an attempt to prove that my blogging has not merely been a byproduct of my unemployment. I've been correcting a lot of errs, getting my life back on track. I'm four months employed, looking at school next Fall, losing weight (19.8 lbs down), and getting my financial weight in check.

Not unlike my diet, so much of my comic book appetite (having primarily being a comic book blog) became full of empty calories. Crossover continuity crushing Avengers vs. X-Men tie-ins. New 52 fluff. I was consuming comics simply to feed my weekly(ish) panels feature and finding myself not enjoying all the satisfying whole food comics.

So like my diet (and by extension, my life) I've cut the crap. I can count my local comic book store (LCBS) pull list on two hands and I'm downloading far fewer titles. That being said, I'm not sure what, if any, form a panels feature will be... featured here. It's kind of played out anyway, right? I mean, they're everywhere (my personal favorites being here and here.) So unless I come up with some unique idea, panels will merely play as part of larger reviews and features.

I have no delusions to any overall purpose for almost colossus. We'll see what it slowly evolves into but for now, consider it my expanded Facebook without all the New Media-ness. Much like it began, really. There will be a couple small posts coming tomorrow and we'll see where things go from there.

Things got a little hectic this past week. I'm going to wrap things up briefly with a couple legit reviews and simply panels and a few words for the rest. Then, on to this week's comics. There's simply too much to cover the first half of each month and little the second. Maybe I'll spread the reviews out in the future so that they're not necessarily specific to the date of release.

Take note of the new rating system as well. Let's call it X out of 5 Mokkelbosts, hm?

Swamp Thing is finally revealed in full as he confronts Sethe, the "stinking Lord of the Rot," in hopes of rescuing Abigail Arcane from its clenches. Head-to-toe in Mignolia-esque medieval armor of his own Green composition, Swampy bears lush wings and a crown of spiked antlers. It would seem goofy if it didn't look so badass.

Snyder nails Alec Holland's complete acceptance of his role, having dragged him kicking and screaming to accept his role as heir to the Swamp Thing legacy. There are no traces of the reluctant hero here.